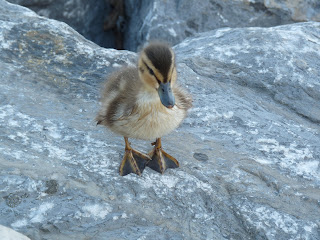 I once formulated a list of the most disgusting words in the English language, a list which I believed to be both utterly horrifying in its nastiness, and yet incredibly accurate. Today, I would like to redeem the language of which I have supposedly “Mastered” by presenting to you, the Interwebs, a list of my favourite words. This list has been carefully cultivated over a number of years (disturbing, really) and I think it’s finally time. Without further ado, I present to you the undeniably best words ever.

Bonus points for rhyming with ‘kitten’

Say it and try not to be happy. I think its the ‘snip’ that really sends it over the edge. Snip should be an honorary word here. Snipsnipsnip.

This is the beginning of a trend…

Saying the word dastardly is almost as much fun as being dastardly. I’m also really good at that.

I love teaching peoples’ parents about this word…and then hoping they never use it to refer me personally. Only Jenna is allowed to do that.

The combination of S and Q in a word gets me every time. Also, squeaking? Its adorable. TRY TO DENY IT.

See? S + Q = the most glorious alphabetical pairing known to the world, nay, the universe.

I understand that this is technically two words, but hear me out. It was just too good to shun from the list. Also, individually, the word ‘egg’ ain’t too shabby. Combine egg and tooth and imagine the beak of a newborn bird, and its a mental explosion of rainbows and smiles and kittens with fairy wings soaring through a sky of diamonds.

I fell in love with this word as a child, at some point or other, but one of my new favourite things is to throw it into sentences with great enthusiasm. I.e.: “How dare you besmirch the reputation of the term ‘egg tooth’?!”