Maybe there’s a reason I’m never put in charge of stuff…
1. The Scientific Institute for Things That Aren’t Really All that Scientific
I’ve campaigned for this department for several years now, mostly because I think the study of tiny things and other non-specifically scientific objects deserve some real research. THERE IS A REASON WE ALL LOVE TINY THINGS, its no use even denying it.
2. The Department of Superior Birds 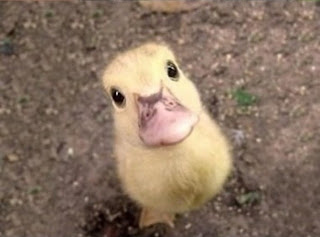 Basically this is an entire department dedicated to circulating and promoting penguins and ducks. I think the internet is starting to catch on, but I think the welfare and general happiness of the nation pretty much depends on the mainstream  presence of the most charming and delightful of birds.
3. The Department of Bitches
This department was inspired by a rousing game of Cards Against Humanity, but I ask you to consider the possibilities here. This department could have jurisdiction over 90s rappers, over Bravo’s reality TV line up, and pretty much everything in life that is delightfully terrible. So. Yeah. BOW DOWN TO THE ALL POWERFUL DEPARTMENT OF BITCHES.
4. The Department of Gosling 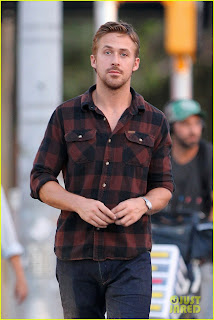 Yes, I would create a governmental department entirely dedicated to Ryan Gosling. Because really, why not? I mean…someone needs to track and assess and comprehend his utter charm and maddeningly beautiful arms. HE IS OUT THERE, DAILY, PERFORMING RANDOM ACTS OF RYAN-NESS AND WE’RE MISSING IT.
5. The Department of Epic Live Concert Music Videos
I have this problem where I’m utterly obsessed and compelled by the epic nature of live concert music videos, especially the 1980s variety, where everyone just seems to be having the MOST epic time of life, and there’s this interchange of real time and slo-mo footage and the whole thing is just so convincing that you really really want to give it all up to become a lead singer who makes being cool look SO EASY.
Or this:
6. The Department of Panpipe Covers
I really think we need to pay more attention to panpipe covers of classic rock and pop songs, because there is absolutely INFINITE comedy potential here. Not to downplay the work of the panpipists, but I mean…no one can possibly take The Circle of Life seriously when it’s being epically played on a panpipe. I suppose there is an argument here for being able to take The Circle of Life seriously ANYWAYS, but I mean…disrespecting Sir Elton seems like a really really bad idea. People don’t come away from that in one piece.
7. The Department Interspecies Friendships
This department is really just a metaphor, a big ole cute and cuddly metaphor for loving everyone. This is the hippie department, where the walls are plastered in peace signs and pictures of raccoons and dolphins playing soccer together and stuff and every day at lunch is a pot luck and there are really no rules. It is very inefficient, but very awesome. It’s probably also a massive economic drain.
8. The Department of Fan Fiction Erotica
How are we not already archiving all the poorly written, sexually bizarre junk on the internet? These painfully awkward pieces of repressed desire and astonishing disrespect for grammar are going to be a testament of our society in future generations. The history books will be written using these hilarious archives. Also, there will probably be an entire youtube channel dedicated to dramatic readings and real life re-enactments. ARE YOU TELLING ME YOU DON’T WANT TO READ WEIRD STORIES ABOUT MYCROFT HOLMES’ SEXUAL OBSESSION WITH TRAINS!?
9. The Department of Blanket Forts
Troy and Abed brought the importance and significance of blanket forts to the fore in Community, but I want to take things a step further. I don’t think people realize the infinite potential that blanket forts provide. Separately, blankets and forts are excellent and awesome and magical, but together?? Blanket forts are unstoppable. If people knew the potential, the world would obviously be a much better and snugglier place.
10. The Department of Disney Movies Without Singing
I cannot be the only one who quite thinks that Disney movies would be much improved if there were fewer bouts of random song. I mean, I’m all for implausible and romanticized story lines, but we have to draw the line somewhere. I think its ridiculous that people are just like, meeting in the streets and busting out into song and they BOTH KNOW THE WORDS. I mean, is “A Whole New World” some sort of ancient folk song that everyone knows the words to? This might be the most cynical department on this list, but its just this thing that I have. It bothers me. I don’t want to have to fast forward through a movie a dozen times because I can’t sit through more Hercules tunes.